-mostly comprised of students, ages 8 to 18, from economically disadvantaged backgrounds. Team S.A.G.E. utilizes team sports as a catalyst for social change and a motivator for premium academic performance.

Since 2009, over 400 students have participated with Team S.A.G.E.’s basketball teams, educational programs, and maintained grade point averages over 3.0. Team S.A.G.E. has received numerous accolades for its show of excellence, by notable figures such as Ervin “Magic” Johnson and Governor Jerry Brown. Team S.A.G.E. has also been featured in various media including the Sacramento Bee, ABC News 10, CBS News 13, and the largest Indonesian newspaper, Jawa Pos.  In all of the coverage, Team S.A.G.E is cited for academic success, as well as achievements on the basketball court. Currently, a documentary on Team S.A.G.E. is being created and filmed by videographer and noted Sacramento television personality, Angel Cardenas. 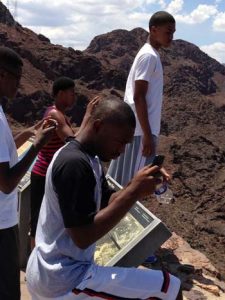